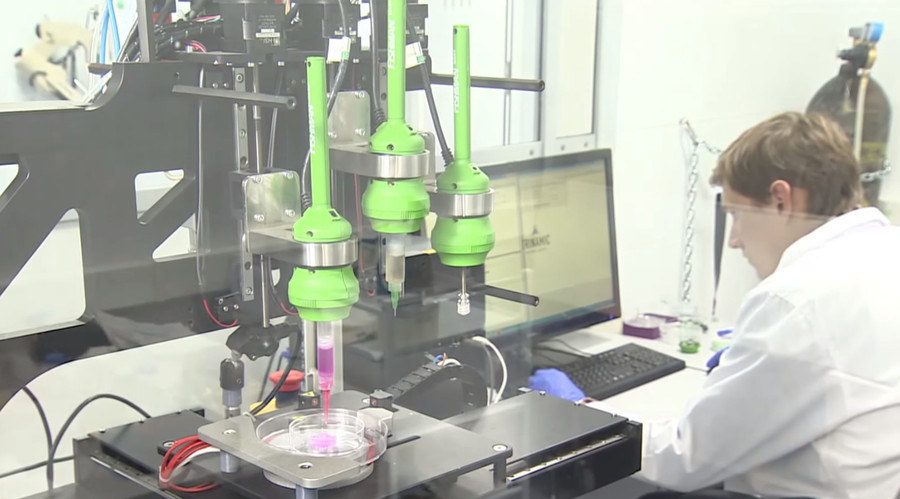 A Moscow laboratory has conducted the first successful organ translation using a unique Russian 3D-printing technology. The breakthrough could potentially help millions suffering fr om thyroid disorders – and paves the way for printing other human organs.
The thyroid, a butterfly-shaped gland in the neck, can have a dramatic impact on a huge variety of human bodily functions. The groundbreaking operation, thus far only in rodents, was performed by a team from the 3D Bioprinting Solutions Laboratory in the Russian capital some three months ago.