The article was originally published on physicsworld.com

Patients who are newly diagnosed with high-grade gliomas (GBMs), one of the most aggressive brain tumours, only have a median survival time of around 15 months – reducing to just 5–7 months for recurrent tumours. Glioma stem cells are thought to be at the root of these poor outcomes, so researchers are focusing on therapies that could target these cells. An important first step is to develop realistic models that will enable scientists to study the biology of glioma stem cells and to investigate the resistance of GBMs to chemotherapy.

To date, researchers have mainly exploited 2D monolayers of glioma lines as a model for the tumour, providing a way for studying how gliomas evolve and how they react to anti-cancer drugs. However, this model fails to take into account the 3D environment of the tumour, and it doesn’t allow researchers to study other significant factors such as cell–cell and cell–matrix interactions, spatio-temporal signalling and metabolic gradients. Unfortunatel,y this means that most anti-glioma drugs that proved to be effective in vitro have failed miserably in clinical trials.

Now, a team of researchers led by Tao Xu and Qin Lan from Soochow University, Tsinghua University and the Tsinghua-Berkeley Shenzhen Institute, all in China, and Medprin Biotech GmbH in Germany, have turned to 3D bioprinting to create a glioma stem-cell model. “Our work shows that we can use bioprinting technology to build 3D glioma models,” explains team member Xingliang Dai. “This is just beginning of our studies on the glioma microenvironment.” 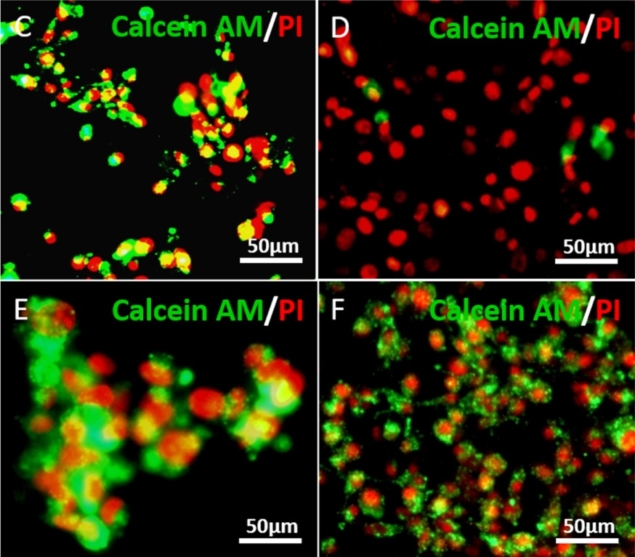 The advantage of bioprinting is that it can be used to fabricate complex 3D biological structures by building up layers of bioinks, essentially biomaterials mixed with cells. In the novel technique reported by Xu and his colleagues, which they reported in the journal Biofabrication, the researchers created a porous gelatine/alginate/fibrinogen hydrogel structure that mimics the extracellular matrix of glioma stem cells. They made the hydrogel more stable by adding the cross-linker transglutaminase (a non-toxic transferase that naturally exists in the human body) to reinforce the gelatine, which is the main component of the structure.

The team are now working to upgrade and improve their current system, and to optimize the bioinks used for printing. They also need to enhance the design the tumour model so that it more accurately mimics tumours in the body. “We have made much progress since the publication of the Biofabrication paper – including the fact that we observed differently expressed transcriptase profiles of the 3D bioprinted glioma stem cells compared to 2D-cultured ones,” says team co-leader Xu.

According to Xu, several other research teams have been in touch to request more details about the study. “We are also happy to say that we have also received funding support from the National Natural Science Foundation, the National High Technology Research and Development Program of China (863 Program), and the Suzhou Science and Technology Project,” he continues.

The researchers have also started to investigate the interactions between glioma stem cells and bone marrow mesenchymal stem cells, whih can be done by fusing these two types of cells together during the bioprinting process. “By applying the technology to glioma research, we have succeeded in shedding more light on glioma stem-cell behaviour, the glioma microenvironment, tumour-stromae interactions and glioma chemosensitivity,” concludes Xu.