The article was originally published on 3dprintingindustry.com

Leaving little up to chance, scientists at North Carolina State University have developed a way of arranging cells in 3D bioprinted gels. With this method, the team aim to improve the fidelity of artificial tissues compared to their biological equivalents. The view is that these tissues could then be used to treat common injuries.

Rohan Shirwaiker, NC State associate professor and corresponding author of a paper discussing the results, explains, “We’ve reached the point where we are able to create medical products, such as knee implants, by printing living cells. But one challenge has been organizing the cells that are being printed, so that the engineered tissue more closely mimics natural tissues.”

“WE’VE NOW DEVELOPED A TECHNIQUE, CALLED ULTRASOUND-ASSISTED BIOFABRICATION (UAB), WHICH ALLOWS US TO ALIGN CELLS IN A THREE-DIMENSIONAL MATRIX DURING THE BIOPRINTING PROCESS.” 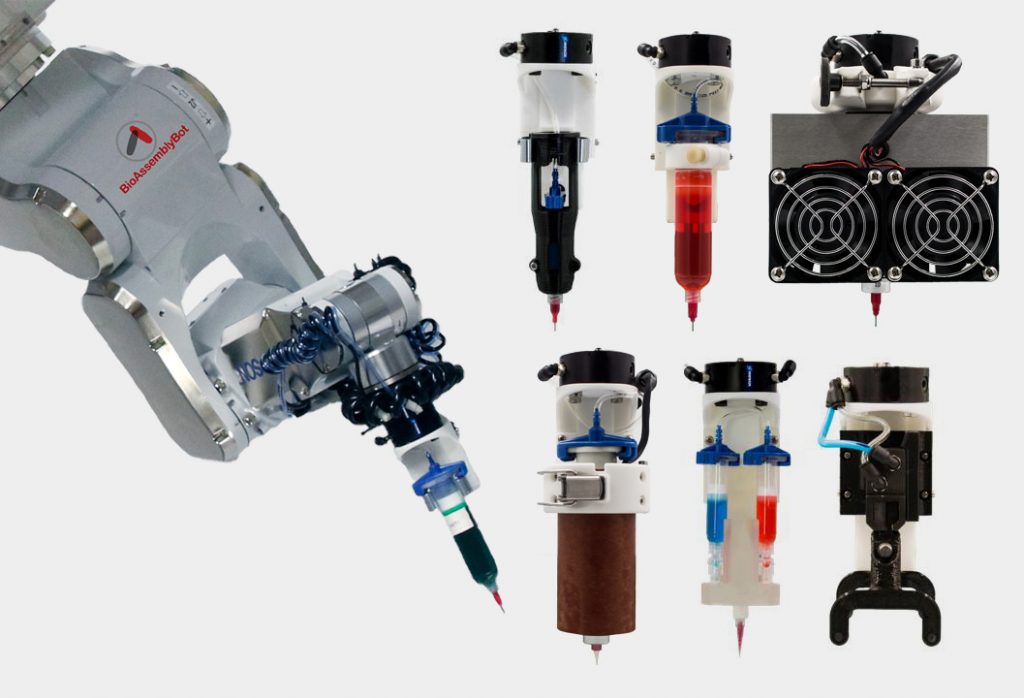 Printheads of the BioAssemblyBot. Photo via Advanced Solutions Inc.

Inside the print bed, the NC State team installed an ultrasound chamber. By reflecting ultrasonic waves across the bed, this chamber generates a “standing ultrasound wave” capable of interacting with live cells. Working as a kind of invisible line guide, or stave, the waves align the cells into rows. By controlling frequency and amplitude of the waves, it is then possible to precisely control cell arrangement to make specific patterns and orientations.

In a proof of concept experiment, the team successfully created a knee meniscus using their UAB approach. This required a curved organization of the cells well-aligned along the direction of tensile loading.

“We were able to control the alignment of the cells as they were printed, layer by layer, throughout the tissue,” comments Shirwaiker.

In further experiments, he adds, “We’ve also shown the ability to align cells in ways that are particularly important for other orthopedic soft tissues, such as ligaments and tendons.” 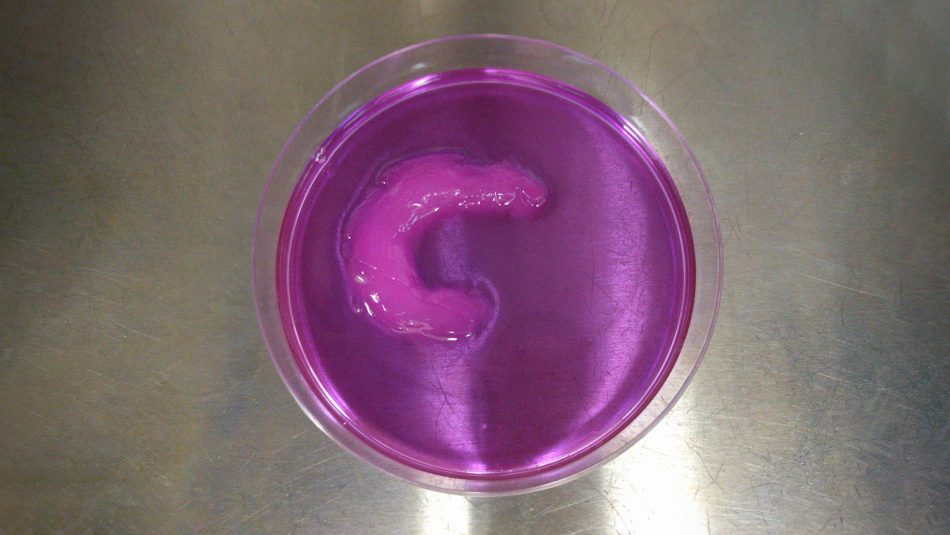 One of the advantages of NC State’s approach is that it is relatively inexpensive, using off-the-shelf ultrasound technology bought for a one-off cost. Furthermore, though proven in this recent study with DIW, Shirwaiker believes “the UAB technique can be used in conjunction with most existing bioprinting technologies.” The team now has a patent pending for the UAB technique and is seeking industry partners to take it into commercial use.