The article was originally published on 3dprintingindustry.com

“In India alone, there are over a million people suffering from a bilateral loss of vision due to corneal disorders, and at least a few folds more from unilateral corneal blindness,” said Dr. Tuhin Bhowmick, co-founder of Pandorum with a Ph.D. from the Indian Institute of Science.

“We are working to close this gap using a bio-engineering approach through stage-wise development of a platform, which is ultimately aimed to liberate us from the dependencies on human donor cornea,” added Dr. Bhowmick, who is also an alumnus of the European Molecular Biology Labs (EMBL). 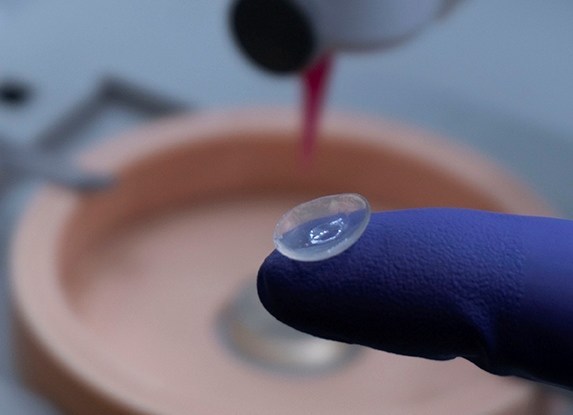 Founded in 2011, Pandorum Technologies Pvt. specializes in tissue engineering and regenerative medicine for improved healthcare. In collaboration with India’s LV Prasad Eye Institute, the company created a bio-inspired corneal ink dubbed as ‘Liquid Cornea’ to 3D bioprint corneal lenticule – a disc-shaped piece of corneal tissue which can also be manufactured with synthetic materials.

This is implanted into or on top of the human eye to treat visual impairment due to corneal defect. “Corneal disorders are one of the major causes of blindness worldwide,” continued Dr. Bhowmick.

“Though surgically replacing the opaque tissue with a clear corneal allograft is usually effective in improving vision, there is an acute shortage of cadaveric human corneas available for transplantation. Being able to bio-engineer critical tissues such as the human cornea is a significant milestone.”

Currently, pre-clinical studies involving corneal wound models in rabbits are underway and the team is preparing for pilot human studies in 2020.

A 3D printed eye for an eye

Also, the University of Sydney’s Save Sight Institute and the University of Wollongong (UOW) have developed a 3D corneal biopen which acts as a handheld co-axial 3D printer, extruding bioink directly onto an eye to aid in the regeneration of cells on corneal ulcers. This pen also creates a biological barrier towards ongoing cornea damage caused by infections.